How leading companies are affected by counterfeiting and IP infringement 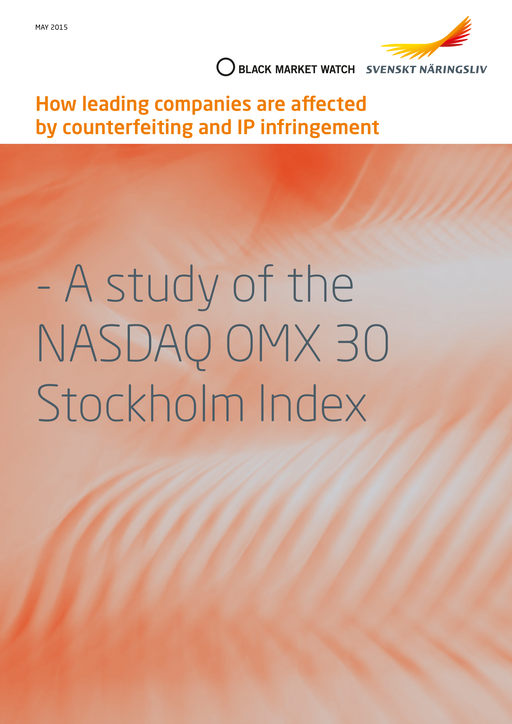 Illicit trade in counterfeit goods arguably constitutes the single biggest black market, larger than the global narcotics trade. Despite its enormous scale, it remains relatively underprioritised by lawmakers, enforcement agencies and researchers. An acute lack of data is a key factor behind its low level of political prioritisation.

This study aims to fill some of the information gap, by providing an insight into how leading Swedish companies are affected by counterfeiting and intellectual property infringement.