What does the EU want with its forests?

On 30 September, the ‘Wood Be Better’ network and CEPI, held a joint seminar on the theme ”EU Forest Industries for a Sustainable Future in Brussels”. The concept of the forest evokes many emotions within the EU, and the various regions go in different directions with theirs each year. How does the future of European forestry really look - and what aspects can we influence? 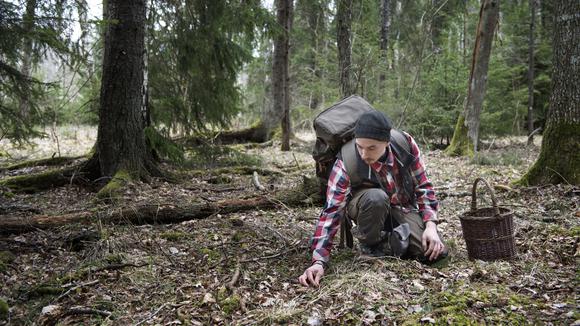 Anna Holmberg, head of the Swedish Forest Industries Federation’s (Skogsindustrierna) [CM1] Brussels office, welcomed attendees to a seminar with over 360 participants, both on site in Brussels and from around Europe via a link.

The first session was presented by Wood Be Better - a collaboration between Skogsindustrierna and LRF Skogsägarna, the Federation of Swedish Family Forest Owners. The discussion focused mainly on the forthcoming revision of the EU Forest Strategy, which the European Commission intends to present in the first quarter of 2021. The 2030 Biodiversity Strategy, published by the Commission in May this year, also featured in the discussion.

From a forest industry perspective, the strategies are far from easy to navigate, and raise numerous questions. The ambition for the seminar was to be able to illuminate some of these issues during the course of the day.

Jessica Polfjärd, MEP (EPP, SE) and member of the European Parliament”s Committee for the Environment, stated that forest use provokes many emotions, and that there are major geographical differences in forest assets.

– It is important not to forget the perspective of forest-rich countries, we have completely different conditions in, for example, Sweden and Finland, Polfjärd stated.

Petri Sarvamaa, MEP (EPP, FI) and rapporteur for the European Parliament”s input on how the forest strategy should be revised, said that the Parliament’s work will soon be done on the issue. He emphasised the importance of recognising and balancing the contribution of forests and the forest industry to sustainable development.

– It is important to look at the entire forest industry value chain, so that it can participate and fully contribute to meeting society”s challenges. Climate change is one of these, and here it is important that the forest is not only viewed as a carbon sink. Bio-based materials will be involved and will replace fossil materials, Sarvamaa said.

The Parliament will vote on its final contribution to the forest strategy next week, and Sarvamaa hopes for strong support. His report is a clear message on the importance of the forest industry, of the circular bio-based economy and of long-term sustainable forestry.

Humberto Delgado Rosa from the Commission’s Directorate-General for the Environment said the situation for forests was not ideal. He mentioned challenges such as drought, fires and pest infestations. In addition, he saw problems with increased felling of trees and its impact on biodiversity.

– I do not want to point the finger, but just to state that we must know what we want and strike the right balance between different interests in society. The forest strategy must be linked to the ambitions of the Green Deal,” said Delgado Rosa.

– You have a tough job ahead of you, to come up with a strategy that takes into account both the EU”s overall wishes and at the same time respects the Member States” decision-making power over forest policy, noted Anna Holmberg.

– There are many different interests, and it is a challenge to get all stakeholders on board, said Pierre Bascou, from the Commission”s Directorate-General for Agriculture and Rural Development.

Session two was presented by CEPI, and touched on the highly topical issue of the Commission”s proposal for a new 2050 Climate Act, which is currently being debated in the European Parliament and the Council.

In the coming years, a number of Commission initiatives are expected on a framework for sustainable products. But how, and to what extent, will the forestry industry be included in this work?

– The forest already creates opportunities for reduced CO2 emissions today, for example, through smarter packaging that uses renewable raw materials. Nevertheless, we continue to pump out and use fossil-based raw materials, even although there are alternatives available. There are those who claim that we should leave the forest untouched, to compensate for fossil emissions. Is this sustainable? The EU cannot lock down the forest industry as a CO2 sink simply because other harmful industries are doing nothing about their emissions. It is counterproductive, stated Jori Ringman, Director General of CEPI.

Peter Holmgren, former head of the Center for International Forestry Research (CIFOR), presented his report on the forest industry”s value chain and its overall benefit to climate change. Currently, he said, one only considers the immediate climate impact, which gives a misleading impression.

– If fossil raw materials are replaced with bio-based materials from the forest, fossil-derived raw materials can remain in the ground, and thus we avoid their emissions into the atmosphere. It is therefore not a matter of storing CO2, but one of an immediate reduction in CO2 emissions. However, this type of substitution is not visible in the EU”s climate calculations, Holmgren stated.

– The felling statistics are easily misleading. Overall forest area has increased by 40 percent, which corresponds to the entire area of Belgium and the Netherlands combined. Although felling is also increasing, it is doing so at a much slower rate than expansion of forests, said Holmgren.

In the ensuing debate, Piotr Borkowski, head of Eustafor, the European trade association for state forest owners, observed that it is clear that our forests provide much more than merely a sinkhole.

– We are talking about a sector that can increase its impact on carbon neutrality. The forestry industry is often referred to as a carbon sink, but it can contribute so much more; it is a European asset.

Anna Holmberg said that for the industry, it is a matter of justice and solidarity. All sectors must contribute to the efforts.

– We are worried that we will remain the sink that must take care of emissions, while other industries continue to emit, she said.

Artur Runge-Metzger, Head of the Commission”s Directorate-General for Climate Change, said that although there are trees everywhere, Member States have very different conditions.

– We are convinced that if we stick together in Europe, we will sort this out, but everyone must bring something to the table. It is not enough to reduce emissions; we must capture CO2 as well. And that capacity is not unlimited; there is a limited amount of land available in Europe that is suitable for forestry, he pointed out.

Yet in order to be able to act lowering CO2, we must have good quality forestry, and for that we need money, stated Piotr Borkowski.

– The owners want to take responsibility, but do not want to live on charity. Is it even realistic, given the economic situation?, he asked.

Jytte Guteland, MEP and the European Parliament”s climate rapporteur said that the value of carbon sinks must be understood.

– Not everyone knows how forestry is carried out, and there is an idea that our forests must be left untouched in order for them to contribute to reducing CO2. However, in Sweden we see that the greatest uptake of CO2 takes place during growth phase; that is why we must have active forestry, she said.

The following discussion concerned what place forest products can and should have in the EU”s future framework for product policy. For example, is there a need for mandatory recycling legislation?

Clive Pinnington, CEO of the European Panel Federation, said that such legislation could in theory be a good thing, but that the industry had some reservations.

– We prefer market solutions to convince the consumer to buy recycled goods, rather than forcing them to do so, noted Pinnington.

Christian Egenhofer, head of the CEPS program for energy and climate, replied that legislation can be a powerful tool - if you know how to solve the problems. However, when policy is to decide, that is when information asymmetry arises.

– It is the industry that has all the data required, Egenhofer stated.

Emmanuelle Maire, Head of the Sustainable Production, Products and Consumption Unit at the Commission”s Directorate-General for the Environment, said that the secondary raw material market is not profitable enough when compared to that for virgin raw materials.

– An example is plastic bottles, where recycling is mandatory. From a policy perspective, such requirements can be a good thing in order to steer industry away from the use of new raw materials. There are, however, always important trade-offs, such as different security requirements, Maire said.

Clive Pinnington said that the forest and wood industry must be proud of what it does.

– More and more people are demanding local producers and local raw materials. Leave it to the customers, they will make the right choices if given the opportunity, Pinnington claimed.

Anna Holmberg left it to Jori Ringman to wrap up; he reflected on whether it was possible to define a sustainable product.

Jori Ringman said it is that should be an aspiration, but we will never recognise when we have reached the finishing line.

– There is no algorithm that will work for sustainability; ultimately it is a political decision. Forestry is an emotional topic, and that is good. However, it can become dangerous when people do not have all the facts,” he concluded.