EU state aid regulations can save companies and jobs

To help Member States preserve companies and jobs during the current coronavirus crisis, the European Commission has rapidly relaxed EU state aid regulations. At the same time, it is important to safeguard equal conditions for both competition and free enterprise, writes competition and state aid expert Stefan Sagebro. 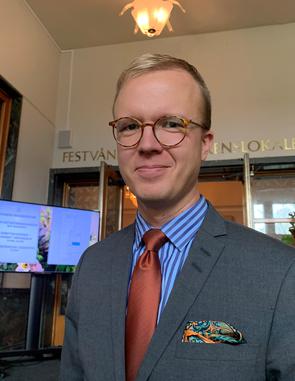 According to Stefan Sagebro it is important that the new susidies compensate for damage caused by the coronavirus crisis, rather than compensate for general inefficiencies or poor business management.

In record time, the European Commission has created a special regulatory framework to allow Member States rescue measures as a response to coronavirus. European state aid regulations normally impose substantial restrictions on the capacity of countries to support companies in order to safeguard effective competition. However, these have rapidly been relaxed to allow for extensive support in the form of, for example, state guarantees, loans at below-market interest rates, grants and tax cuts.

In addition, the Commission has accelerated the rate at which it processes state aid support cases. Applications from Member State countries to provide support previously took several months, even years, before receiving approval. Now, they are fast tracked, with decisions being made in a few days. All in all, this has been absolutely vital for Member States to have the opportunity to save as many companies and jobs as possible while remaining within EU rules.

Member States have made considerable use of these opportunities to provide support. By 9 April 2020, the Commission has approved a total of 53 national aid measures, citing the corona crisis as the reason. Initially, many of the measures consisted of state credit guarantees aimed at the entire economy.

As the crisis has intensified, the measures used, and the groups targeted, have gradually changed. The measures have become increasingly selective - directed at individual industries that have been hit particularly hard or that normally provide socially important services. In addition, the measures have not only supported the companies' liquidity with loans or guarantees, but have also evolved into pure subsidies to cover the damage that the companies have incurred.

An example is the Danish aid scheme approved by the European Commission on 8 April 2020. Here, state aid is being provided to cover part of the fixed costs in those companies that have experienced a reduction in turnover of at least 40 percent as a result of this crisis.

It seems reasonable that, as the crisis extends over time and increasing numbers of companies approach bankruptcy, measures are being expanded to support companies' balance sheets. This should be aimed at those companies hit hardest by the crisis and that hold the least buffers to be able to manage for months with little or no revenue.

At the same time, these special and temporary regulations play an crucial role. It is important that the new subsidies compensate for damage caused by the coronavirus crisis, rather than compensate for general inefficiencies or poor business management. If all Member States don’t apply the same rules for aid, while also using existing regulations, there is an obvious risk that this will distort competition between companies from different countries. There is also a risk that the difference will increase not least between those countries that have resources and those who do not - namely large and small Member States.

This week, the Commission is expected to decide on further measures to support companies in the wake of the crisis. State aid regulations will expand allowing Member States to recapitalise individual companies that are in crisis by taking the state as a partner. In the new regulatory framework, the Commission proposes a number of conditions and criteria that will address the risks of major distortions to competition that may follow. Yet perhaps the greatest risks and problems lie with the fact that the increased opportunities to provide support are long-term ones. Increased state ownership in large European companies will not promote the free enterprise needed to drive a strong economic recovery in Europe post-crisis.

Swedish Enterprise is the voice of business in Sweden. We collaborate with 49 employers and industry organisations, providing the joint voice for 60,000 companies with almost 2 million employees. Our role is to speak for all companies and industries, including those that are yet to exist but that may emerge given the right conditions. A better business climate for a better Sweden. That is our mission.