Future EU-policy priorities of the Confederation of Swedish Enterprise 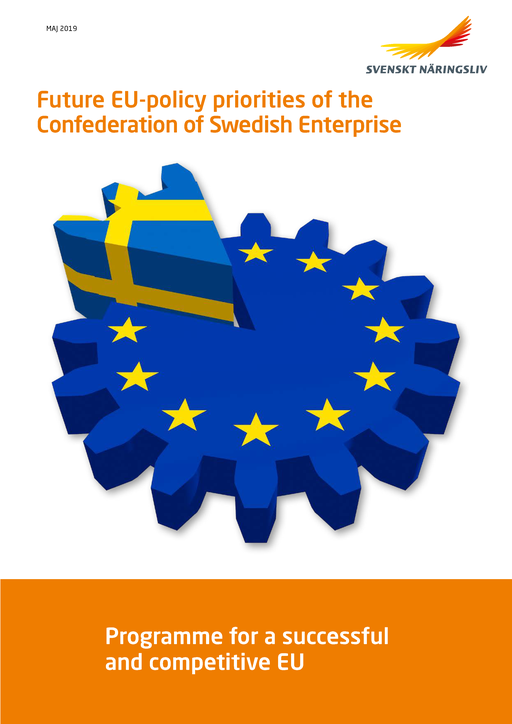 Europe stands at a crossroads in the face of major challenges such as Brexit, growing protectionism and geopolitical uncertainty. Meanwhile, a fresh strategic agenda for the EU’s continued work is being produced for the new EU Commission which the newly-elected European Parliament will interpret during its upcoming mandate period.

Challenges also bring opportunities. Hence, the Confederation of Swedish Enterprise, in co-operation with its experts and membership organisations, has produced concrete proposals for measures to ensure that Europe will maintain its competitiveness in the global arena. To further develop Europe’s strengths is crucial. For us, this entails defending and developing its fundamental principles on peace and welfare through trade and economic integration. Much has been done, but even more can be achieved.